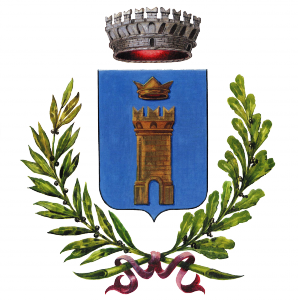 Ceglie Messapica “land between two seas” is an Italian Medieval town considered the most historical village in Apulia as it was founded in the 15th century B.C. It boasts the title of “art city and land of gastronomy” due to its characertization in ancient churches, architecture, sculptures, the building of “Trulli” – small stone dome shaped farm homes, olive groves and ancient caves.

Ceglie is located in the southern part of the “Murge” between a valley called “Valle D’Itria” where you will come across many of our properties, and Salento. It lies on top of a hilly geographic area that borders with the Salento plains called “Threshold Messapica”.

In order to understand the position of the territory you need to know that the district is divided into two main areas. Northwest of the town you have long rolling hills and terraces with dry stone walls and trulli featuring the signature red Apulian earth. Southeast, the town slowly descends into the beautiful plains of Salento. The historical old town is located right on top of this hill at 302 meters above sea level.

Archeological karst formations in the form of caves and sink holes are condensed throughout the area and carry significant landscape value both environmentally and historically speaking and can be visited with knowledgable locals. The red Apulian earth here is covered with limestone and dolomite rocks which are broken into pieces and are heavily relied upon as building material for the “trulli”. There are over 50 caves within the territory, the most notable one worth a visit being the “Montevicoli caves”. Just 500 meters under the ground one of the beast Apulian features sits ice cold fresh pure water completely natural which is the source of your H20 nutrition.

There are a number of beautiful forests found throughout the area fantastic for walking, hiking, mountain biking, and running. In these forests you will find large oak trees, pine trees, and various Mediterranean shrubs. A few excellent explorer spots are St. Peter’s forest (120 hectares) Montedoro (110 hectares) Facciasquata (100 hectares) and Alfieri (41 hectares). You might come across foxes, hawks, owls, and bats in your outings if you keep your senses sharp.

One of the most attractive assets of Apulia is the Mediterranean climate with mild and comfortable sunny days during spring and autumn, hot summers and dramatic winters.  The average annual temperature is around 15 Celsius with summer months usually being in the 25 Celsius range but can go even higher.  Cool and breezy winds are a big plus in the months of June, July and August however the homes are built to stay cool in the summer and warm in the winter and achieve just that.

According to legend the founding people of Ceglie would be linked to the Pelasgians. Following the arrival of Greek settlers around 700 BC, the city took the name of Kailia. Numerous Greek pagan rituals would than take place at the site of todays Chiesa San Rocco and the Basilica of St. Anne. As one might imagine the city was used as a look out point for the Messapi over centers like Oria and Brindisi against the Spartan held Taranto.

The Messapi were an ancient Illyrian population dating back to the 8th century B.C. whom returned to Rome after 272 B.C. The true origins are however a mystery and are most likely a mixutre of Anatolian, Aegan, and Illyrian. The most important and worthwile sight seeing Messapian archeological traces have been linked back to the following locations.

Famous roads that the Messapi would operate along include the Via Appia, Via Traiana Calabria, and Via Augusta which all link back to Rome and between the Adriatic and Ionian Seas. In the center of the town of Ceglie you will find a castle named “Castello Ducale” with a Norman tower, which is originally built dating back to 1100. This square tower is the traditional symbol of the city and is 34 meters high. Three main entry points exist to the Medieval city which are the Monterrone, Giuso port, and Arch door of the Cross.

Their are over dozens of farms spread out around Ceglie which were often inhabited by nobles and peasants working the agriculture and large olive groves. A typical Masseria includes a main building, set of stables out of trulli, workers quarters also built out of trulli, a main courtyard and the farm land around the building. Most farms that you will find in the area feature high ceilings, use of limestone, two to three level buildings, elaborate terraces and staircases, fireplaces, old “olive oil pressing mills” or “frantoio”, use of marble in some cases, and many more attractive features both for private living, hotel conversions, bed & breakfast type of accommodations or historical landmarks worth a visit.

Are just a few notable farms amongst thousands more found throughout Apulia.

Ceglie Messapica is known to have a transitional dialect due to its geographical destination creating  a certain warmth that you will quickly be keen to imitate. The major religion is of course Christianity, while a local food culture also exists so be sure to try the Cegliese biscuit and Cegliese sandwich.

As you might imagine the economy here is based on the growth and production of olive trees, olive oil, vineyards, wine, manufacturing such as textiles, wheat, and the breeding of sheep, pigs, goats, and cows. You will see that it is however the olive tree and the olive oil that is the true religion of Apulia and that in itself is reason enough to begin the adventure of aquatinting yourself with the understanding of the olive oil business, learning to differentiate tastes, producing your own native oil, or buying high volume quantities of our signature LAP Extra Virgin Olive Oil from our E-Shop.

Ceglie Messapica simply put is the founding godfather of all the local white washed Medieval towns with the least amount of tourists. The people are very down to earth and warm hearted. The foods you taste here are local, pure and organic as well as for the wine and olive oil speaking. This is where the real locals hang out in the Piazza playing cards, drinking, playing boulle and where the real Italian south gets its origins from.

It is beyond worthwhile your time to stroll through the town get lost in its many fortress passages, walls, streets and try out some of the best restaurants within Apulia. We highly recommend coming here for a mid-afternoon stroll and than having dinner at a restaurant like “La Civetta” in the Piazza Plebiscito. Be sure to check out the “Just ask Don Claudio” blog posts for the best tips in Apulian wine, olive oil, cafes, restaurants and food aficionado insider tips as he is the families number one source to living La Dolce Vita. 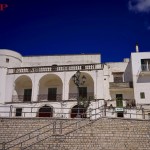 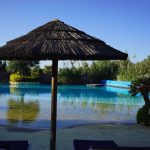 What does “service” mean to LAP?Creative, Travel